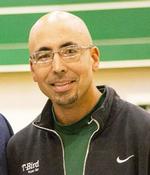 Ché Dawson is the Founder and President of Hoops4Life. He has spent over 20 years coaching at the high school and college levels and working with young people in athletic and academic settings.

Coach Dawson has been a tenured faculty member and the Head Men’s Basketball Coach at Highline College since 2003. Prior to that he was a coach for eight seasons in the high school ranks. He also practices law in a Special Counsel role with Karr Tuttle Campbell in downtown Seattle.

Coach Dawson shares his passion for the development and education of young people through basketball with the Hoops4Life staff. He firmly believes that the game, if respected, provides relationships and life teaching moments that are invaluable to helping prepare young people to be positive, productive members of their family and community.

Dawson and his wife, Kelly, live in West Seattle with their sons Miles and Malik. 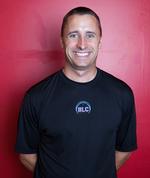 Coach Slingsby has over 20 years experience coaching youth and high school basketball. Coach Slingsby became the head coach at Chief Sealth high school in 2003 and was an assistant prior to that for two years. He is an English teacher at Denny Middle School and lives in West Seattle. Coach Slingsby has twice been named Metro League Coach of the Year, was awarded the 2006-2007 ‘Statesman Award’ for the State by the PNBOA for sportsmanship, and was named the 2009-2010 Star Times Coach of the Year by The Seattle Times. Coach Slingsby surpassed 100 wins as the Sealth coach. The Sealth Boys' team  qualified for the district tournament in six seasons. The 2010-2011 Seahawk team qualified for the 3A State Tournament, winning two games and advancing to play in the quarterfinals in the Tacoma Dome.

Coach Slingsby is a committed and passionate teacher, coach and mentor of young people in the West Seattle community.

Mike Greene was born and raised in Seattle Washington. From an early age he was very active in all sports, but basketball was always number one.

Mike attended Walla Walla CC after high school, averaging 9 ppg and 7rpg his freshman year. His team went 23-10 and had a fourth-place finish in the NWAC tournament. Mike, then finished his playing career at WWU (Western Washington University) where he averaged 8ppg, 6 rpg and 2 bpg. Basketball was cut short that year due to injury.

For the last 20+ yrs Mike has worked with kids on various levels as a coach, teacher and trainer. Mike continues to have a passion to teach and share his knowledge of the game to our youth. On occasion Mike will still lace up the sneakers and play competitive basketball. He is currently a Physical Education Teacher at St. Thomas School in Bellevue. 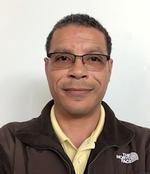 Diallo was born in Spokane, Washington but raised in Seattle since age three. He grew up in the South and Central District of Seattle.

He played 3 years of high school varsity basketball and graduated from West Seattle HS in 1994. He attended Whitman College where he played basketball for three years and graduated in 1999 with a Bachelor of Arts in Politics and a minor in Education.

The majority of his work experience is in school guidance counseling and intervention programs. He also worked in social services as a Program Director of Emergency Services for the homeless.

He has 4 years of high school coaching assistant experience at Chief Sealth, and 4 years of Middle School Head Coaching experience at Denny MS. He has also been a volunteer co-director with the Basketball and Life Skills Camps since 2007.

Diallo started his family in Walla Walla in 2000 with his high school sweetheart. In 2011, he received his Masters degree in Guidance Counseling from City University. He currently lives in West Seattle with his wife and three kids.